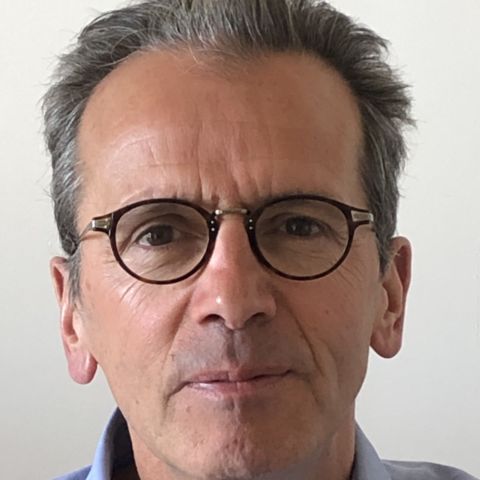 Your company is in a critical situation, you need help to establish a cold diagnosis, to evaluate the options, to decide on the procedures to be followed and actions to be taken to turn your business around, my experience as a salaried manager and as an entrepreneur, in restructuring, preventive and collective procedures, and redevelopment will help you to get through this difficult stage.

Laurent moves to the International level

20 years of General Management (Business Unit from 4 to 80 million € of turnover), coupled with a solid experience of Financial Management, in international, family-owned or listed companies or under LBO, from 4 million to 1,2 billion € of turnover. Experience in the BtoC world (LEVI'S, DELSEY) and BtoB in the food industry (GRIFFITH FOODS). Implementation of major restructuring (e.g.: 450 out of 850 positions) with related social relations and communication. Implementation of collective procedures, conciliation agreement with the banks, receivership, and relations with the trustee. Realization of numerous business development projects and transversal projects to improve the efficiency of the organizations. Trained at Montpellier Business School, supplemented by the HEC General Management Program, fluent English, mobility in France and abroad.

Laurent has 38 years of experience

Subsidiary company of a family group in the promotional object, created to diversify by taking over the activity of FRANCE BONBONS CARAMELS - Confectionery BtoC - 1 factory 4 M € of sales 25 people
Introduction of a range of Paris - MONOPRIX SYSTEME U products in supermarkets
Development of a range under licence from PSG with sourcing of containers in Asia
Development of exports up to 15% of sales
Preparation of the transfer of the factory to a site in the Loiret region with optimization of the production process and flows, subsidy file, and optimization of the energy part thanks to the energy saving certificates

Takeover of 68% of the capital of a family business producing traditional baked sugar confectionery - BtoC - 4 M € sales, 1 factory, 50 employees
Negotiation of a conciliation agreement with 7 banks to maintain short-term lines of credit
Placing in receivership with a continuation plan and reduction of the workforce from 50 to 25 people
Closure of the printing workshop and outsourcing of this function to service providers with offset and digital technologies
Rationalization of the product lines with the elimination of low margin products
Launch of the caramel range representing up to 14% of sales
Development of exports from 5 to 12%.
Reduction of 50% of the working capital requirement
Implementation of a disposal plan in September 2014

Division for Europe of a family-owned American group in Food Ingredients with sales of 550 M € and 2,500 employees
For Europe, 80 M € of sales, 3 factories, 6 commercial and technical offices, 350 people
Sales increase of 4 % in a deflationary market
Ebit above 0 8% except in 2006
Customer segmentation and differentiation with a focus on strategic customers whose growth has been 6% per year
Implementation of a collaborative innovation approach with strategic customers
Implementation of a European organization to reduce back office costs
Developed a range of culinary sauces with a new production line accounting for over 10% of sales
Launched external growth process with 2 targets of €25 and €5 million until the LAW

17 M € of sales, 1 factory and 3 commercial and technical offices, 50 people
Customer segmentation and differentiation of the offer with focus on strategic customers
40% increase in sales in France over 3 years with a 10 point margin gain
Increase in sales in Spain by 45% over 3 years
Stabilization of sales in Italy with price repositioning
Development of relationships with senior management of strategic customers

FINANCIAL DIRECTOR IT AND HR EUROPE

IT AND HR FINANCIAL MANAGER, as well as LOGISTICS PLATFORM MANAGER from December 1995

Subsidiary of a listed group FAURECIA, luggage world, BtoC, 120 M € of sales, 4 factories in Europe and in the USA, 1 Joint-Venture in China, 1.500 people at the beginning
Restructuring of this subsidiary to allow the exit of the group in good conditions
PSE of 450 people out of 800 in the 2 French factories with negotiations with the unions and external communication
Transfer of labour-intensive activities to J-V in China
Closure and sale of factory assets in the USA
Closure of 4 warehouses in Europe and centralization on a logistic platform near Roissy as well as centralization of invoicing at the head office
Implementation of cost prices and dashboards with margin monitoring by country/product
Profitability restored after 18 months and debt reduced from €50m to €25m thanks to a reduction in working capital requirements
Negotiated an agreement following the termination of the distribution contract in Saudi Arabia
Negotiation of a patent infringement settlement
Negotiation following the accusation of dumping by the European Commission

Commercial and Distribution subsidiary for France, 150 M € of sales, 1 headquarters and warehouse, 170 people
Team of 18 people
Improvement of the internal control which was very weak
Reduction of costs by reducing the number of employees and rented areas
Improvement of customer risk management, essential in the textile industry with a drastic reduction of unpaid invoices
Implementation of a cash management system
Active participation in the setting up of a network of 20 franchised shops
Establishment of a network of 5 factory outlets to dispose of defective products and end-of-series items, allowing to control the disposal of these products and to improve margins

Join the FIT in Network community,
and propose a mission to Laurent

Inscription avec LinkedIn
We use cookies on our platform to provide you an optimal browsing experience.
By clicking "Accept" you consent to the use of all cookies on this site.
SettingsAccept

This website uses cookies to improve your experience while you navigate through the website. Out of these, the cookies that are categorized as necessary are stored on your browser as they are essential for the working of basic functionalities of the website. We also use third-party cookies that help us analyze and understand how you use this website. These cookies will be stored in your browser only with your consent. You also have the option to opt-out of these cookies. But opting out of some of these cookies may affect your browsing experience.
Necessary Always Enabled
Necessary cookies are absolutely essential for the website to function properly. This category only includes cookies that ensures basic functionalities and security features of the website. These cookies do not store any personal information.
Non-necessary
Any cookies that may not be particularly necessary for the website to function and is used specifically to collect user personal data via analytics, ads, other embedded contents are termed as non-necessary cookies. It is mandatory to procure user consent prior to running these cookies on your website.
SAVE & ACCEPT